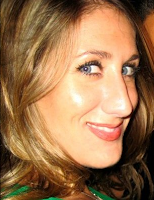 The following is one in a series of guest posts on the Citizen Marketer 2.1 blog. Today’s post is brought to you by Jill McFarland. In addition to being a friend, Jill is the VP of Marketing at TangoTab, a new restaurant industry social solution. She is also an avid Boston sports fan and a fellow location based services junkie.

With all the buzz swirling around about the many announcements to be made by the LBS players at SXSW I’ve got to wondering, is there anything a service could do that could catapult them into the lead and give them ‘mainstream’ status. When Facebook Places launched there seemed to be a general thought that everyone would migrate that way because Facebook already had the audience but this doesn’t seem to be the case (informal study). I attribute this to its lack of innovation; people want more than just the ability to check in.

I came across this article recently Why did Foursquare Succeed Where Other Location-Based Services Failed? which covers many business reasons. I think the most important thing mentioned is ‘a great user experience’… but what does that mean? Jodi Gersh was presenting an LBS session at a conference last year where Jason Falls and I piped in, elaborated and answered questions on services we knew a lot about. What was interesting about this conversation was that Jason and I used and liked the services for completely different reasons. So, I decided to do some crowdsourcing to find out what motivated people to check in, what service they use and why, in order to find out what really mattered.

To see where friends are/Let them know where I am – this is a motivator for some though not nearly as many as I expected. Some chose a service because it cross-posts with other services: 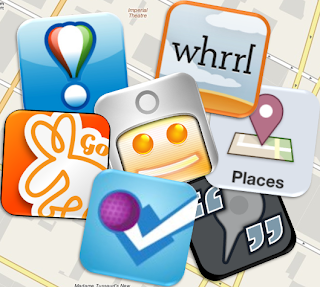 People often tell me I live in the early adopter bubble and am unaware that the majority of the population still doesn’t care about or use LBS. Although we know there are big announcements to be made at SXSW I’m wondering could anything be announced that could change that? Security (fear) is still going to be an issue when it comes to reaching critical mass adoption. Each day we see more variety in partnerships. Foursquare recently announced a unique partnership with American Express, SCVNGR with Dunkin’ Donuts targeting Boston sports fans, Whrrl has formed many interesting partnerships. The continuation of partnerships that make sense will help. Aaron and Mike’s book Location Based Marketing for Dummies will help.