As we close in on putting a year of Quick’n’dirty podcasts under our belts, my co-host, Jennifer Leggio and I are always looking for ways to bring added value to our listeners/readers’ lives. We’d like to think that we continued that streak this week with social app, Mobile Roadie, Twitterer of the week, Greg Narain aka @Gregarious and special guest, Alex Plant, of NetApp. Oh yeah, we also managed to squeeze in a few minutes at the end to talk about Facebook privacy. Maybe you’ve heard that there is a little brewhaha about their latest moves? 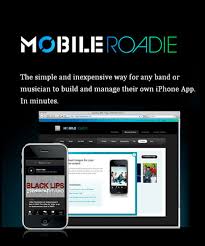 First up was our social app of the week. I first discovered Mobile Roadie at a recent SMASH Summit in San Francisco during the social media lightning demos. You know when someone can convince you in five minutes that there is some “there” there, that the company is on the right path. In this case, the “there” was a DIY platform for the iPhone and and Android apps (iPad and more coming this summer). While I haven’t had a chance to play with the app-builder yet, they have already helped create mobile presences for several Fortune500 Companies and entertainment moguls like Taylor Swift and Ashton Kutcher. While I’m sure the resulting apps aren’t necessarily going to win any awards for innovation and style, they are a great for speed to market.

Next, we talked about our featured Twitterer of the week, Greg Narain. While I’ve known Greg for a while, I’ve only recently learned more about his social media product expertise (he’s the VP of product for Klout and co-founder at LilGrams.com). Greg is of course funny in addition to being smart but he’s also well connected and in constant search of “what’s next.” If you don’t follow him already, I’d strongly recommend that you do.

Out of order and all (Alex had a little telephony trouble), our featured guest was Alex Plant, head of social media for B2B tech giant, NetApp. During the show, Jennifer and I dug down on how social media was different in a B2B2B environment. We also peppered him a little bit on using social for customer service and even had a little fun with him asking him why (at the time) he had the Twitter n00b badge up for his avatar picture (for those that don’t know what this is, it’s when someone leaves the default image of the Twitter bird up for their Twitter profile pic). Fortunately, Alex was a good sport and fielded our questions fearlessly and elegantly.

Last but not least, Jennifer and I spent a few minutes on the latest hot topic du jour namely, Facebook and privacy. While we didn’t have as much time as we would have liked to do this topic justice, we did cover off on some of the overarching points of what we think Facebook is trying to do and what it really means for businesses and consumers alike.