It’s been a few weeks since my podcast partner in crime, Jennifer Leggio, and I have been able to do a Quick-n-Dirty podcast together. For two weeks in a row, travel prevented me from joining her on our weekly show. Fortunately, we had a couple of more than capable substitutes in Brian Solis (author and principal of FutureWorks) and Greg Matthews, director of innovation at Humana. Write ups from the shows with Brian and Greg can be found here and here on Jennifer’s ZDNet blog.

This week, Jennifer and I were back in the saddle again with me broadcasting live from Jackson Hole, WY (yes, I took one for the team). We had an action packed show starting with our featured social network of the week, Hollrr. Neither Jennifer or I had had much of chance to play with Hollrr but saw some decent potential in this site that Mashable likens to “Foursquare for product discovery” (full review here). Both Jennifer and I appreciated Hollrr’s off-the-shelf integration with other social networks like Twitter and Facebook and I personally look forward to getting product recommendations from friends and connections. Oh yeah, they have a pretty cool logo too. 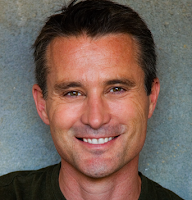 Next up was our featured guest (and former “Twitterer of the week,”) Simon Mainwaring. If you don’t know Simon, you should. Officially, he is a branding consultant, advertising creative director, blogger, author and speaker. A former Nike creative at Wieden & Kennedy, Portland, and worldwide creative director for Motorola at Ogilvy, he now consults for brands and creative companies that are re-inventing their industries. During this week’s show, Simon shared some fascinating updates from a recent trip he took to the Middle East as a guest of the Brookings Institute. The focus was on social media and foreign policy, two disciplines that traditionally don’t share the same space. I won’t pretend to do Simon’s interview justice so just this one time, I’m MANDATING that you listen to at least Simon’s portion of the show (starts about 7 mins in and runs for aproximately 25 minutes).

Speaking of “Twitterers of the week,” this week’s choice was principal of The Community Roundtable (and close friend), Jim Storer. As I mentioned during the show, nobody has done a better job at taking community management skills to Twitter than Jim. Regularly mixing helpful tips, humor, love of bacon and Red Sox commentary into his stream, Jim is a “must add” to anyone’s Twitter follow list irrespective of what industry they are in.

Last but not least, our point/counterpoint focused on one of Jennifer’s recent blog posts, Twitter: Becoming Nothing Special. Jennifer’s post theorizes that the recent announcement of Yahoo’s partnership with Twitter pushes them from “new shiny object” into the merely “ordinary” category. While Jennifer didn’t see this as all bad, she wondered aloud if this might hurt Twitter’s future potential. Taking the opposing side of this issue, I argued that this is exactly what Twitter (and social media) need. Making Twitter and other social networks like “electricity” — something we don’t ever even think about in spite of the critical role it plays in our daily lives — is a good thing. To me, this means that it’s so ingrained in our daily lives, personal and professional, that we can’t live without it.

Looking forward to next week’s show, Jennifer and I will switch places and I will be working with friend and founder of Oneforty, Laura Fitton, as my guest host. Jennifer will be attending the RSA Conference and thus will be out of pocket for this week’s Quick-n-Dirty. I’m sure she’ll want to listen to the show (as will you). Fortunately for her, our shows are archived here and on iTunes (search on “quickndirty”).