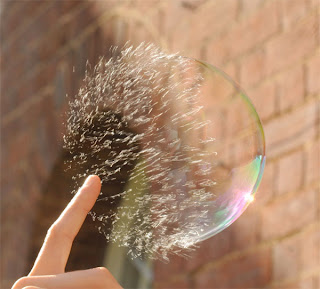 Wow! What an amazing last few days it’s been at Blog World Expo. It was tough to have to leave before the festivities were over but I enjoyed a whirlwind of great panels, content and podcasts while I was here in Vegas at one of the top 2-3 most important social conferences in the country.

As you can guess, one of the podcasts I got to do was with my pal and co-host of the Quick-n-Dirty show, Jennifer Leggio. The beauty of this episode was that Jennifer and I got to do the show live from the expo floor of Blog World. Even better, we were able to grab PR/social studs, Doug Haslam* of SHIFT and Steve Rubel, of Edelman and Micropersuasion blog fame.

*note: do I need to disclose that Doug works for my company, Powered Inc. in a PR capacity — after all, we’re paying him vs. the other way around? No? Good, I didn’t think so. Just checkin’.

Rather than doing our regular format of:

we went freestyle and discussed Jen’s and my panels at the show. Highlights included: 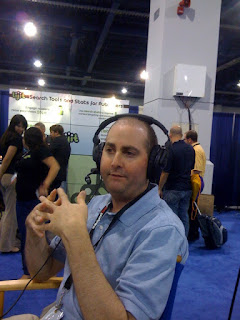 As I mentioned earlier, we did stray from our normal show format. However, we were able to bring some fresh insight to the podcast via our special guests. The fun part was that due to our limit of two headsets, Jen interviewed Doug Haslam and I interviewed Steve Rubel. I strongly encourage you to listen to this part of the show [about 20-25 minutes in] but here is the gist of what we discussed: All in all, Jen and I were probably a little less scripted and buttoned up than usual but it was a hell of a lot of fun. To that end, a great big hat tip to Deb Robison for being the sole active chat room attendee. She rocks!
For past recaps of the show, you can always bounce back and forth between Jen’s and my blogs. And of course, you can always catch an archived version of the show here or over on iTunes.

Some “life-streamed” notes from Steve Rubel, SVP at Edelman. from the BlogWorld Expo. He’s talking about the evolution of the “inbox” e.g. e-mail, sms, IM, Twitter, FourSquare. [Note: you get a sense that this session is of high value given the fact that Louis Gray, David Armano, Shell Holtz, David Thomas and Jason Falls to name a few “big brains” are in the room taking copious notes.]

Interesting because Steve has blogged for a long time and used to do 3-5 posts/day (every day for 3 1/2 years). Once Twitter came out, that evolved to 3-5 times/week. Then with FriendFeed, that continued to evolve. He got to the point where he felt like his blog was irrelevant. And then Posterous came along. The beauty is that everything is “e-mailable” and could put it content in a centralized place but could also get cross-posted in the respective places (like Twitter or Flickr) if he wants. [Note: I signed up for Posterous a few months ago but haven’t done a whole lot other than use it for inbound.]
Cool tip. Steve uses a tool called Simply Tweet and anything that he writes that is over 140 characters gets posted on Posterous with a link cross-posted on Twitter.
Big question? What does this mean for brands and how do they cope with all the streams. Steve’s three recommendations are:
All in all, great content. It’s rare that I learn a whole lot at events like these (mainly because Twitter is such a great fountain of information) but this was a great session that now has me thinking. Thanks Steve!