A pattern is starting to emerge with my podcast partner, Jennifer Leggio, and me… With some of stronger featured a social networks and/or Twitterers of the week, we like them so much that we end up inviting them onto the show as our guest. This week was no different when we showcased the CEO of Plancast, Mark Hendrickson.

We kicked things off by reviewing Entrustnet — a new breed of social/digital sites that take into consideration the fact that we are not immortal and that eventually, we have to consider what happens to our social and digital assets once we die. While I haven’t had a chance to try Entrustnet yet (I don’t believe Jennifer has either), we liked the concept of what these guys bring to the table (interesting back story on how they got started can be found on their site). Jennifer’s one caveat which is worth considering and that is the potential security risk of putting one’s user names and passwords online. 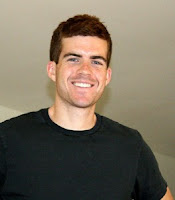 Next up was our aforementioned guest, Mark Hendrickson, CEO of Plancast. You can see our earlier recap of Plancast here or see what Mark’s former boss, Michael Arrington, had to say about this social network that many dub “FourSquare for future events.” Two things I will say about Mark:

We followed our segment with Mark Hendrickson with a very quick recap of our featured Twitterer of the week, Stephen L. Rose. Stephen is the worldwide community manager for Windows 7. He’s also a big Chicago Blackhawks fan which may have had a little something to do with his being selected. Stephen was kind enough to join us in the chat room which always makes the show a little more exciting — thanks for doing that Stephen!
Last up was our point / counterpoint of whether or not “first to market” (something that tech blogger, Robert Scoble has said is one of the keys to winning) was in fact important. Jennifer used the example of  location-based services, FourSquare and Gowalla. In this particular case, FourSquare was first by a longshot coming out in 2007 — originally launching as “Dodgeball,” purchased by Google and then spun off as FourSquare. Gowalla, a relative newcomer, has caught up to FourSquare in terms of number of users and seems to be geting an equal amount of press these days. This point / counterpoint ended up being more of a discussion than a debate but hopefully we brought some interesting points to the table.
As a reminder, you can find past Quick’n’Dirty recaps on Jennifer ZDNet blog or here on blog.stroutmeister.com. You can also listen to past episodes on iTunes or over on the show site here.
Finally, remember that starting on April 29, our show is moving to it’s new time (noon PT / 2 PM CT) and new format (30 minutes vs. 45 minutes).  Please also note that we are looking for an intern/producer to help with the show 1 hour or so a week. This role will help with show scheduling, site updates, guest coordination and occasional appearances on the show. If interested, e-mail or DM Jennifer or me.