The title of this post is hands down the longest title in the history of this blog (I think). But I couldn’t think of a better way to respond to my friend over at Ford Motor Company, Scott Monty’s, blog post today. If you haven’t seen it, he riffs off the new movie, The Social Network which parodies Facebook and their march toward 500 million members. 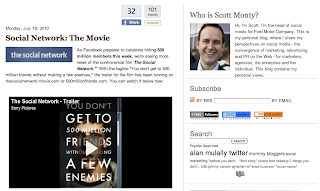 As part of the fun, Scott decided that he would pick a few of us out of the social media marketing crowd (some more prominent than others, ahem, Seth Godin) that could possibly appear in the movie. And if we did, who would play us in the movie? I got a kick out of my dopplerganger and Food Network star, Guy Fieri, who ironically, I met last summer in New York City. Some folks including my darling wife thought better comparisons for me might be Ben Affleck, Billy Ray Cyrus or even Bruce Springsteen (Stephanie Agresta insists I am his long lost brother).

But that’s why I’m writing this post… instead, my goal is to continue with the meme that Scott started. In his post, he asks…

If they were holding open casting calls for extras and you were going to be featured, what famous person, dead or alive, would play you in the movie? Leave a comment below or reply with a post on your own blog with a link back to this post.

So I’m adding a few stars of my own. What do you think? 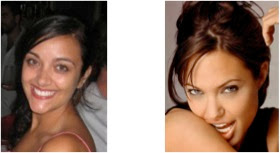 And last but not least…

[updated 7/20] And apparently, I look much more like Josh Beckett in this pic than any of my other dopplergangers above… (thank you Kyle)