Nearly two and a half years ago I announced that I was packing up my belongings and moving down to Austin from a place I had called home for most of my life. When I decided to head south, not only was I leaving a comfortable job as VP of social media at a company called Mzinga, I was also saying goodbye to most of my family and many of my friends that I had grown to know over the years. 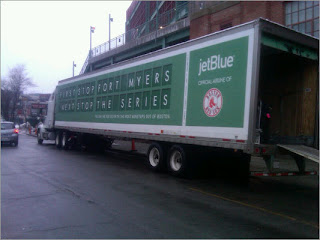 Since then, I’ve had an amazing run that’s included meeting hundreds of new friends both here in Austin and all over the country; helping my company, Powered, acquire three other companies; working closely with two of my colleagues (and good friends), Joe Jaffe and Greg Verdino to launch and market their books; landing several great new clients; securing a book deal of my own with friend and co-author, Mike Schneider, to write Location Based Marketing for Dummies; and then ultimately getting acquired by social business consultancy, Dachis Group.

As you can imagine, getting acquired is not an insignificant thing. Throw in the fact that the company acquiring Powered is the largest social business consultancy in the world AND I happen to be friends with the managing director (Peter Kim) and CEO (Jeff), along with several other folks that work there and you have the potential for something pretty incredible. I tried to convey some of this excitement in the post I wrote on the day we announced the acquisition. To that end, I’m a huge believer in the power of social business design and I have been for years. But…

Yes, you knew there was a “but” coming, especially based on the title of this post (more on that in a minute). In spite of my respect for Jeff, Peter, Kate, April, Bryan and all my former Powered colleagues like Natanya Anderson, Kevin Tate, Greg Rau, Steve Kleinberg and Jen van der Meer, I’ve decided to once again pack up the bags and move my little old self over to another company called WCG. This time, the move requires a lot less distance and many fewer goodbyes. Fortunately for my family and me, WCG has one of their offices here in Austin so I’ll just be about four blocks down the street from my old office.

With perhaps the longest preamble in history… that brings us to the topic of Truck Day. For any of you that follow baseball closely, you might know that “Truck Day” is the day where Major League Baseball Teams pack up their trucks and head south to the likes of Florida and Arizona to kick off spring training. Any of you that follow me on Facebook or Twitter also know that I am a HUGE Red Sox fan so after a long, baseball-less winter, I get really excited about things like Truck day because it means that the season is just around the corner. Seeing that today is my first day in the office at WCG, I look at this as my “truck day” or my day to kick off what I expect will be an amazing journey.

Before I forget, however, I would like to take a minute to thank the Powered team with special shout outs to Natanya, Kathy, Ron, Ken and David. You took a chance on me two and a half years ago and as a result we all had the opportunity to hold on for what turned out to be a crazy yet fulfilling ride. In addition, I want to thank Jeff Dachis and Peter Kim for being such good friends, supporting my decision and helping me through the transition. And finally, to Bob Pearson and Jim Weiss for giving me this fantastic opportunity to join the WCG team (this is also where I give a big hat tip to my friend, Greg Matthews, for helping start up the conversation between Bob, Jim and myself). Oh, and of course my loving wife, Melanie, who has been nothing but supportive through the entire process.