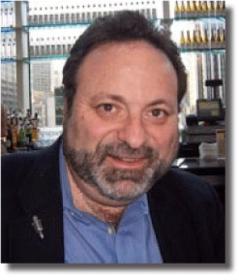 Today’s featured guest in the Experts in the Industry series is Mr. Shel Holtz, principal of Holtz Communication + Technology and master podcaster. I first met Shel a year ago during a “For Immediate Release” podcast he did with Rusty Williams (formerly of Prospero) and myself just after the merger of Prospero and Mzinga. I had heard from mutual friend, Francois Gossieaux, about what a smart (and nice) guy Shel was and everything I’ve seen and heard since then has reaffirmed that… including his answers below.

So how did Shel answer the five questions? Wonder no longer because here are the answers:

In one sentence, please describe what you do and why you’re good at it.
I counsel organizations on how to use online and social media effectively for organizational communication. I come at it strategically, from the perspective of achieving business goals.

How did you get into the world of online community, social media or social marketing?
Boy, am I glad I have more than one sentence for this one!

Around 1985, I was managing internal communications at Mattel (I eventually was director of corporate communications at the toymaker). I published a thrice-weekly newsletter titled “Compendium,” which summarized relevant news from a variety of sources into one-paragraph blurbs and was distributed to the top 200 executives in the company.

I got a call from our typesetter who informed me that he could no longer set my type. He reported to Marketing while I was part of Administrative Services, and he had received a directive to limit his work to Marketing staff. He did offer, however, to run the film if I would give him the text on a disk, already coded for the Compugraphic machine.

I wound up with my first computer, an IBM PC, a 286 machine with two 5-1/4-inch floppy drives, one for the application disk, the other for the data disk. I learned the simple typesetting codes and three times a week, I walked the disk over to the typesetter in another part of the campus.

After a few weeks of this, the typesetter suggested I could save a lot of time if I just sent him the data digitally via modem. “That would be wonderful,” I said. “What’s a modem?”

I got a Hayes modem — I think it was a 12kbps model — and merrily began sending my newsletter to the typesetter without leaving my office. It was only a week or so after I got the modem that someone came into my office, saw it, and said, “Are you accessing BBSs?”

My obvious answer was, “What’s a BBS?” He introduced me to the world of Bulletin Board Services, which for me was an epiphany. The first coherent thought I had after spending some time touring my first BBS was, “The very nature of communication is going to change.”

Of course, in 1985, I was a lone voice in the business world. But I began engaging on BBSs (and, by extension, FidoNet), Usenet, and CompuServe. Social media is just a logical evolution of the kinds of communities that were emerging back in the mid-1980s.

If you had $10 million to invest in one company and one company only based on their use of “social,” which company would it be and why?
It would be easy to pick Twitter or Facebook, but I’m more interested in brick-and-mortar companies that are changing themselves by being social more than I am in the companies that provide the platforms. I’d like to pick GM. If The General had started its social efforts 18 months earlier, cars would already be in showrooms that were created based on customer input and conversation. Sadly, this may wind up being one of the worst cases of bad timing in history. So I’ll place my bet with Dell. It may take some time, but the fact that they are actually designing products and reconfiguring services based on interaction with customers suggests that they’ll continue to expand the community of loyal customers.

Which business leader, politician or public figure do you most respect?
I assume your question falls within the context of the rest of these questions, so I’ll skip very general answers like David Saperstein, Barack Obama, or Yitzhak Rabin (if deceased figures are permitted), and choose Paul Levy. He impresses the heck out of me. The CEO of Beth Israel Deaconness Hospital in Boston, Levy has taken to blogging as a means of engaging in a conversation about the hospital’s role in the community and the quality of care it delivers. His view of social media’s role as a core business communication channel is about as progressive as it gets, yet he is focused strictly on real business results. He represents the leader of the future, in my view.

Freeform – here’s where you can riff on anyone or anything – good or bad. Or just share a pearl of wisdom.
New media do not kill old media. Old media shrink but they also survive based on their strengths. Live theatre has diminished considerably in the face of movies, radio, TV, and the Net, but it hasn’t died completely. TV didn’t kill radio; instead, radio evolved to leverage what it was good at — music and talk, ceding drama, comedy, and variety shows to the visual medium. Don’t believe the purists who believe everything will go social. It’s hugely important, but nothing changes everything.